Europe encompasses an area of 10,400,000 km² (4,000,000 square miles), stretching from Asia to the Atlantic, and from Africa to the Arctic. It is one of the world’s seven continents. European countries welcome more than 480 million international visitors per year, more than half of the global market, and 7 of the 10 most visited countries are European nations. It's easy to see why - a well preserved cultural heritage, open borders and efficient infrastructure makes visiting Europe a breeze, and rarely will you have to travel more than a few hours before you can immerse yourself in a new culture, and dive into a different phrasebook. Although it is the world's smallest continent in land surface area, there are profound differences between the cultures and ways of life in its countries.

Norway
Norway has a population of about 4.8 million and covers an area of 385,155 square kilometres. The official Head of State is King Harald V.
[Read more] 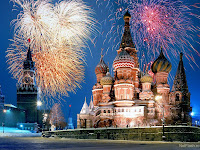 Rusia
There are thousand of natural, historical and cultural attractions in Russia, more than 30 nature national parks, almost two thousand museums, 79 museum-parks.
12 objects of cultural and natural value from various regions of Russia are included in UNESCO List of World Heritage Objects. They are the Moscow Kremlin and Red Square, the historical centre of St. Petersburg, the Kizhi Pogost, the historical centre and monuments of Velikiy Novgorod, monuments of Vladimir- Suzdal lands and Boris-Gleb Cathedral in Kideksha, the historical and cultural complex of Solovetsky islands.....
[Read more] 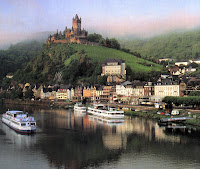 Czech Republic
There are over two thousand castles, castle ruins, chateaux and fortresses in the Czech Republic. Almost every one of them bears with it a legend, story or tale, and of course, children love such fairy-stories.
Castle guides are glad to relate stories to children or even organised tours in historic costume, making the illusion of the past almost perfect. During night-time tours children can meet the legendary white lady or head off down mysterious corridors in search of treasure. Many Czech castles often hold heraldic celebrations, where children can see princesses, kings or knights in armour.
[Read more]

Scotland
As a place to visit for a wonderful holiday, Scotland is hard to beat.
We have great places to stay, warm, friendly people, inspiring scenery, superb food and drink, a fascinating culture and history, plus a vast range of things to see and do.
Whatever you want from your holiday, Scotland is waiting to be discovered. We're proud of our beautiful country, proud of our traditions and our history and we look forward to sharing them with you.
[Read more] 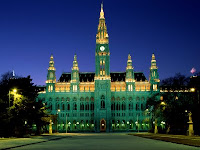 Austria
A jewel in the heart of Europe, Austria is a land of culture and beauty, from the stunning Alpine landscape to Baroque inspired architecture and fairytale castles. From music of Strauss and Mozart to the immensely welcoming people, Austria has so much to offer visitors.
[Read more]

Belgium
Belgium is relatively small in size, which many visitors to mainland Europe simply pass through.
However, for those who stop to explore, they will be in for a very pleasant surprise. From the quaint villages to the glorious countryside, from the diamond factories to the chocolate shops, Belgium packs a lot into a small area.
[Read more]

Cyprus
From beautiful sandy beaches, to pine scented mountains, from ancient historical sites and Greek mythology to quaint villages, which have stood the passage of time. Cyprus is an island of contrasts, offering a wealth of attractions for such a small Mediterranean island.
[Read more] 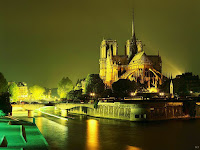 France
The France gave the world Champagne and Camembert, de Beauvoir and Debussy, the Tour de France and the Eiffel. This country has been synonymous with romance and this explains why the 56 millions annual visitors are capitaved by the country's wealth of things to see and do. It's possible to explore everything from Alpine glaciers and sun-blessed beaches to the historic palaces and succulent vineyard.
[Read more]

Germany
Germany's complex history is evident wherever you go, from the modern cities to the picturesque villages set in the heart of lush forest. Each region of Germany has its own distinct characteristics and once you leave the city to explore the surrounding countryside, you will start to unearth many treasure.
[Read more] 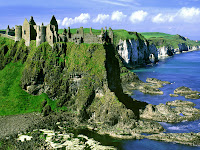 Ireland
It's said that Ireland, once visited, is never forgotten, and for anyone who has even been there they would probably say that this is true. The Irish are very friendly people and they certainly know how to enjoy themselves. This beautiful island, often referred to as The Emerald Isle, is undisputedly home to one of the most extrovert and hospitable people in Europe.
[Read more]

United Kingdom
The UK look small on the map, but be assured, this land of heritage and tradition exudes culture and sophistication. Britain is undergoing an unprecedented cultural renaissance since the turn of the new millennium. Until recently, England was thought of as a gentle, fabled land with its country pubs and vicarage image, but it's now better known for its vibrant cities and pulsating nightlife contrasting with the verdant, pleasing countryside.
[Read more]