The UK look small on the map, but be assured, this land of heritage and tradition exudes culture and sophistication. Britain is undergoing an unprecedented cultural renaissance since the turn of the new millennium. Until recently, England was thought of as a gentle, fabled land with its country pubs and vicarage image, but it's now better known for its vibrant cities and pulsating nightlife contrasting with the verdant, pleasing countryside.

The largest city in Europe, London, has a history stretching back to the Romans. In fact, it was the Romans who built the first bridge across the Thames. London's rich history is evident at every turn ; St Paul's Cathedral, the Tower of London, Buckingham Palace, Kensington Palace, Westminster Abbey, and the House of Parliament  are a treasure trove of historical delights. But London isn't all about historical building. The center of the city is a maze of beautiful and tranquil parks which off set the hustle and bustle of the city and West End and what better way to while away a few hours than a boat ride on the Serpentine in Hyde Park. Visit one of the many museums and art galleries renowned the world over before enjoying a stroll around Trafalgar Square. Head for Oxford street and the much needed retail therapy in some top name stores such as Selfridges, Liberty's and Dickins & Jones. Why not take in a show? World famous musicals and plays are performed each night in the heart of Theatreland and if that's not enough excitement, you can drop into Rock Circus and Madame Tussaud's to pose with the waxwork models of the rich and famous. London may be famous for its designer boutiques and department stores but it is literally sprinkled with markets, from the bizarre and quirky Carnaby Street and Portobello Road to the bargain hunters' paradise of Petticoat Lane and Camden Town. 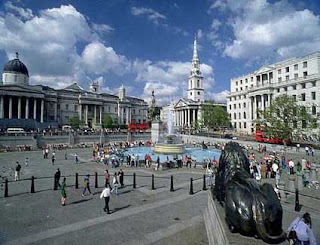 Manchester, in the north of England, has recently become one of Europe's most cosmopolitan cities, but it's more than just a party town. The fine restaurants, excellent shopping and wonderful museums evoke a more refined feel to a once industrial center of Europe.

Scotland offers everything from majestic glens and tranquil lochs to exciting concerts and a vibrant nightlife. The capital Edinburgh is perched on a series of extinct volcanoes and rocky crags. The towering Royal Palace of Holyroodhouse, official Scottish residences of Her Majesty Queen Elizabeth II is enchanting. A few yards away from the new Parliament Building, Arthur's Seat, eroded lump of lave which erupted 325 million years ago, dominates Holyrood Park.

England's ancient cathedral cities such as Lincoln, York, Salisbury and Winchester are exquisite. The southwest is the seat of Celtic culture and is where you can find traces of prehistoric settlers - most famously the megalithic circles of Stonehenge and Avebury.