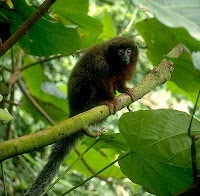 The Amazon River, according to many accounts, was named by Spanish explorer Fransisco de Orellana in 1541. The name was in honor of the female warriors he encountered on his voyage through the territory previously called Maranon.

The Amazon rain forest occupies 40 percent of Brazil's total geographical area. It is the drainage basin for the Amazon River and its many tributaries and covers 2,722,000 square miles.

Geologically, the Amazon River and basin are contained by two large stable masses of Pre-Cambrian rock, the Guiana Shield or Highlands to the north, the Central Brazilian Shield or Plateau to the south; the Andes Mountains to the west; and it flows eastward to empty into the Atlantic Ocean.

The Amazon River basin is about 4,195 miles long, covering about 2,720,000 square miles in area, including its 15,000 tributaries and subtributaries (four of which are in excess of 1,000 miles long). It is the largest river basin in the world.

Much of northern Brazil is drained by the Rio Negro, which joins the Amazon to give it full strength before flowing into the Atlantic. The flow of the river has an average velocity of 1.5 miles per hour, which increases greatly at flood times.

The powerful discharge at the mouth of the Amazon measures about eight trillion gallons a day, 60 times that of the Nile and eleven times that of the Mississippi. The annual average discharge is 6,350,000 cubic feet per second ("cusecs") into the Atlantic, rising to over 7,000,000 cusecs during a flood. The mouth of the Amazon is more than 250 miles wide.

Most of the Brazilian part of the river exceeds 150 feet in depth, although some parts near the mouth have recorded depths of as much as 300 feet.

The width of the river ranges from one mile to 35 miles.

The city at the heart of the basin, Manaus, has an altitude of only 144 feet. The average level of the basin is 300 feet above sea level. 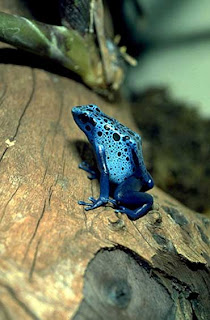 In the Amazon Basin, flooding often occurs between June and October.

The climate is warm and humid, with an average temperature of 79 degrees and an average yearly rainfall of 80 inches. Temperature differences between day and night are greater than those between seasons.

The Amazon Rainforest is thought to be the oldest tropical forest area in the world, perhaps as much as 100 million years old.

The forest areas are described by amount of flooding that occurs: not flooded, occasionally flooded, or regularly flooded.

The floral provinces of Amazonia are marked by geographic variations in sunlight, rainfall, temperature, and soils.

The trees, of which 117 species have been counted in an area of one half of a square mile, are of enormous variety. The uppermost layer of the rainforest is called the canopy. It receives most of the light energy from the sun and is a zone of extreme profusion of life.