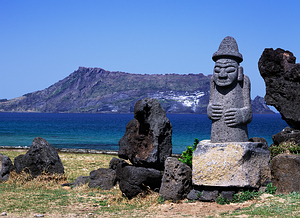 Chejudo Island, one of the nine provinces of Korea, has a typical marine climate, with a minimum January temperature of above 0 degrees Celsius. Winds are relatively strong.
Becaise the island was formed by volcanic eruption, a landscape of striking contrasts was created. 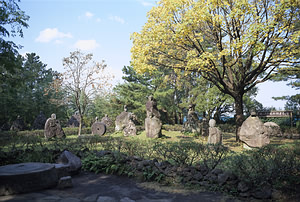 Cheju City
Centrally located along the north shore and its special garden called Mok Suk Won, displays artistically shaped natural stones and dried tree roots. Nearby Cheju Folklore Museum has a fine collection that preserves the island's unique customs.Another museum is the Cheju Folk-craft and Natural History features a significant collection of folk crafts, tools and equipments as well as plants, animals and mineral which are native to Chejudo. 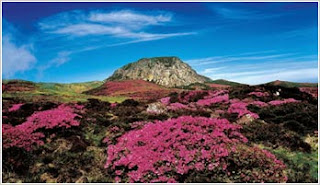 Mt. Hallasan
This long extinct volcano, towers over the island. Below are fertile fields, forested areas, quaint villages, and fine hotels near white sandy beaches. The peak of this volcano, with its snow-covered top peeking through brooding clouds, is visible from nearly every point on the island. The mountain soars to height of 1,950 m, making it the nation's highest. 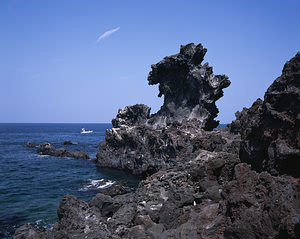 Yongduam Rock
The unusual lava formation of Yongduam Rock lies on the coast in western Cheju city. The basalt dragon's head with its open mouth is one of Chejudo's popular tourist site. 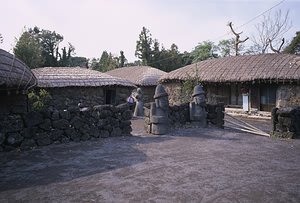 Song-up Folk Village
This village has been designated a Folklore Preservation Zone, here you can meet the friendly island people still living in their thatched-roof and rock homes, each with a high lava stone wall surrounding its courtyard. 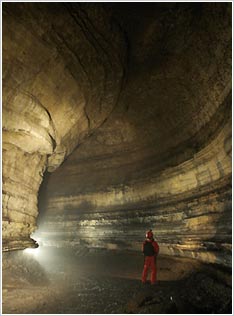 Hyopchae Beach And Hyopchaegul Cave
They are two well known tourist sites on the southern outskirts of Halim  town. The cave contains stalactites and stalagmites. Winds have blown calcium-rich sand over the ground, and rain water has carried the calcium down into the cave to form these icicle-like columns. Another caves are Manjanggul and Kimnyongsagul Cave are situated close by each other on the northeast coast. Manjanggul cave is the longest lava tube in the world, it is over 10 km long. 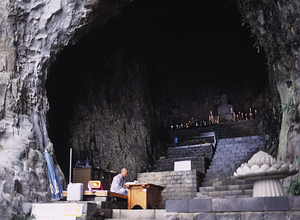 Sanbanggulsa Temple
It is a natural grotto located half way up the steep slopes of Mt. Sanbangsan on the southwest coast. Reputed to be one of the twelve most famous sights on the island, the view from grotto over the coastal fields and offshore waters is spectacular. Cold, clear mineral water trickles out of a cleft in the grotto, and just one sip of this water is said to ensure a long life. The rock on Yongmori Coast below the temple also make fascinating viewing. 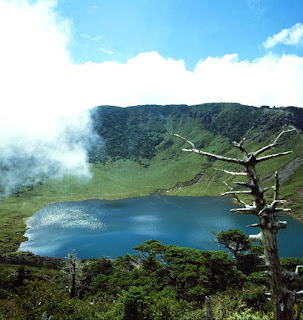 San-gumburi Crater
The crater is one of the three major craters on the island, the other two being Paengnoktam Lake at the summit of Mt. Hallasan and Songsan Ilch'ulbong Peak. San-gumburi Crater is about 2 km in circumference and covers an area of 298,000 square meters. This crater is home to some 420 different species of subtropical, temperature and alpine plants, so that botanists call it a "Floral Treasure House". It is best viewed in summer or fall. 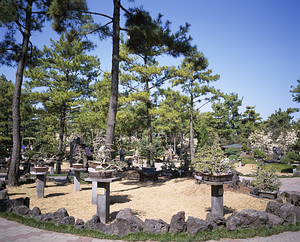 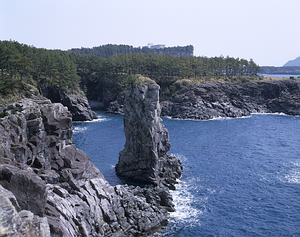